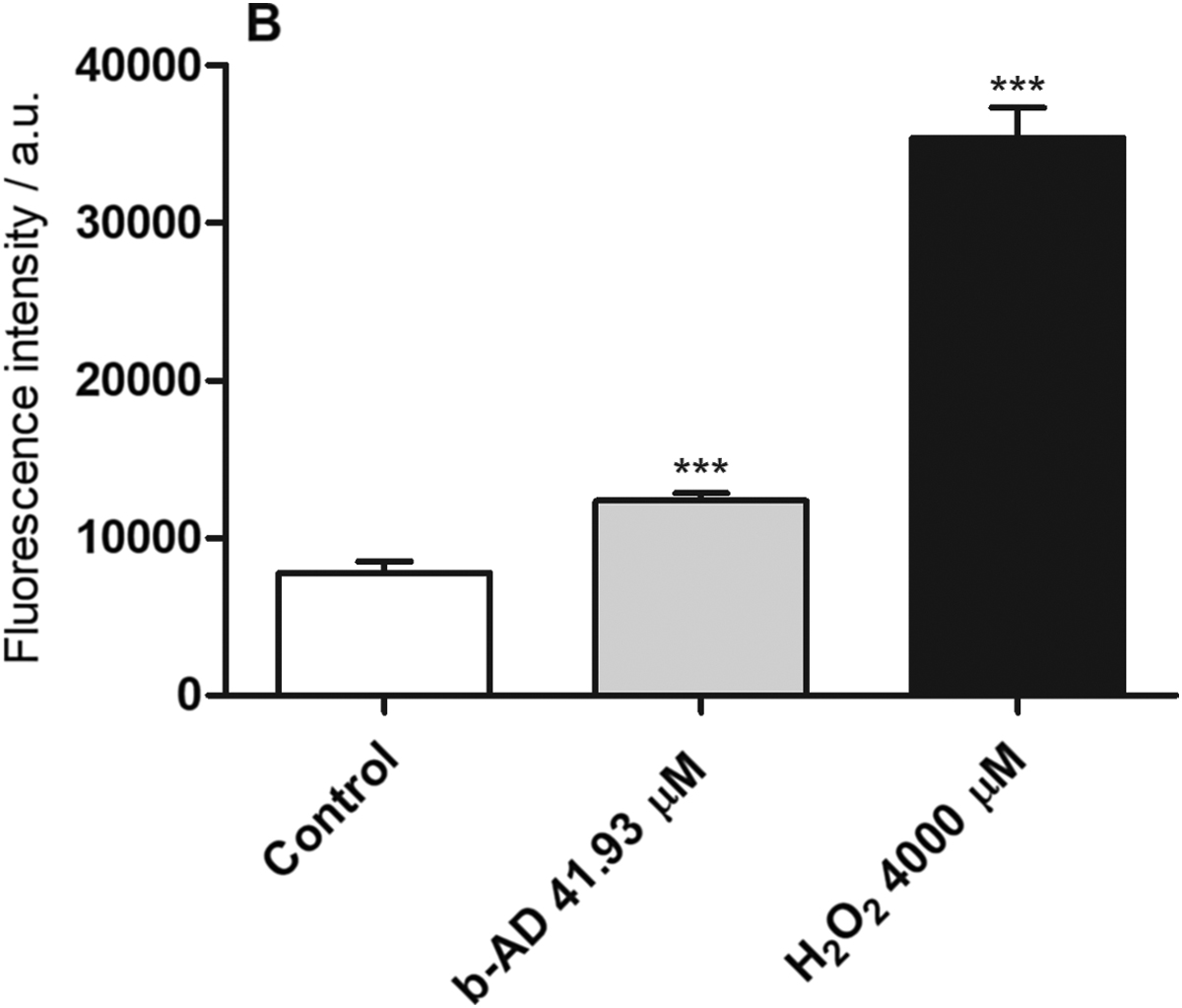 Production of reactive oxygen species. Leishmania infantum (107 cells) were incubated alone (control) or in the presence of b-AD (41.93 μM) for 24 h at 25 °C. Parasites were then washed twice in PBS and incubated with 20 μM cell-permeant 2′,7′-dichlorodihydrofluorescein diacetate (H2DCFDA) for 30 min and in the dark. Fluorescence was measured in a fluorometer, with excitation and emission wavelengths of 485 and 528 nm, respectively. H2O2 (4000 μM; Sigma-Aldrich, USA)-treated parasites were used as a positive control, while untreated parasites were used as a negative control (control). Bars represent the mean plus standard deviation of the groups. (***) indicates a statistically significant difference as compared to the control (p < 0.0001).