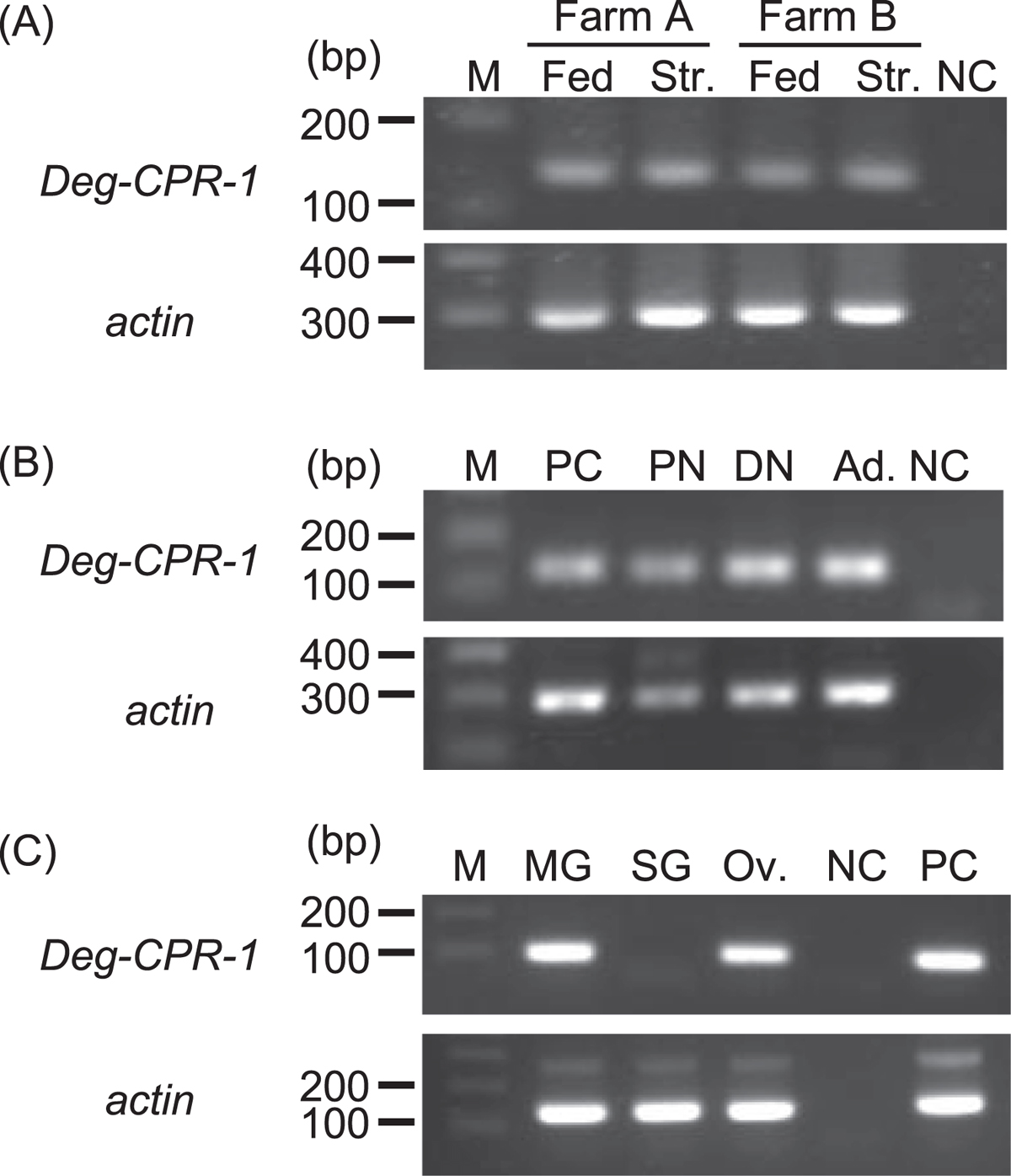 Expression analysis of the cysteine protease gene of poultry red mites (PRMs, Dermanyssus gallinae) (Deg-CPR-1). (A) Expression analysis of Deg-CPR-1 in fed and starved PRMs. Some PRMs were fixed after their transfer to the laboratory, designated as “fed PRMs”, and the remaining PRMs were maintained at 25 °C for 7 weeks to digest the blood they had ingested; these were designated as “starved PRMs”. The Deg-CPR-1 mRNA was detected in PRMs from two different farms by RT-PCR. Fed: fed PRMs, Str.: starved PRMs, NC: negative control (distilled water). (B) Expression analysis of Deg-CPR-1 in PRMs fed blood at different life stages. A portion of the starved PRMs were sorted according to their life stages, namely, protonymphs, deutonymphs, and adults, under a stereomicroscope, based on their morphology and body size, and Deg-CPR-1 mRNA was detected by RT-PCR. PC: positive control (cDNA from PRMs of all stages), PN: protonymph, DN: deutonymph, Ad: adult, NC: negative control (distilled water). (C) Expression analysis of Deg-CPR-1 in different tissues. The tissue samples were collected from starved deutonymphs and adults by laser-capture microdissection, and RT – nested PCR was performed to detect the Deg-CPR-1 mRNA in the midgut, salivary gland, and ovary. PC: positive control (cDNA from PRMs of all stages), MG: midgut, SG: salivary gland, Ov: ovary, NC: negative control (distilled water). The actin gene was amplified as an internal control in all expression analyses.