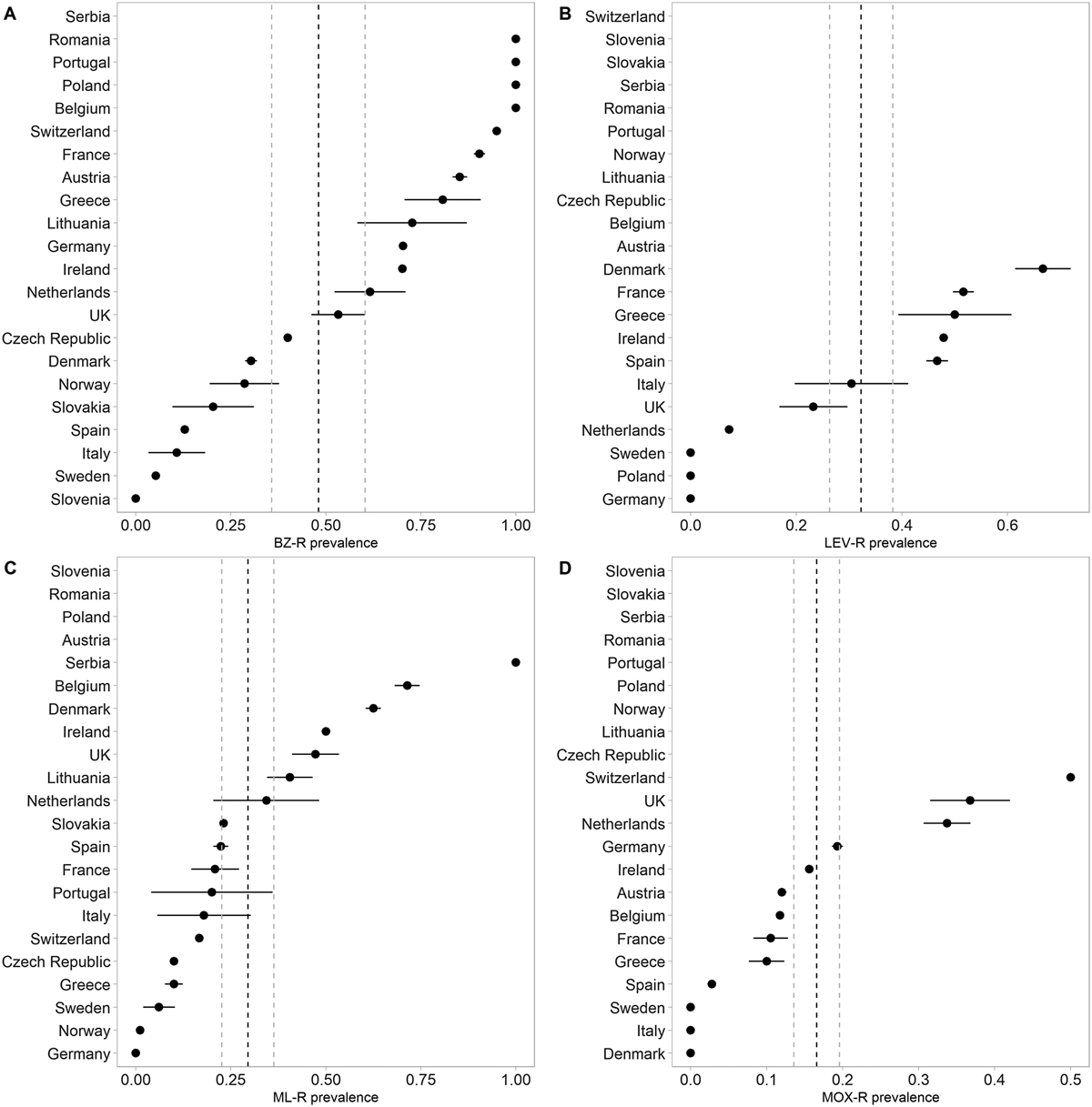 Estimated prevalence of resistance against the benzimidazoles (BZ), levamisole (LEV), avermectins (ML; macrocyclic lactones), and moxidectin (MOX) in gastrointestinal nematodes in sheep. Points and whiskers represent the weighted prevalence estimate and standard deviation, respectively. The weighted prevalence and standard deviation across all studies are represented by the dashed black and grey vertical lines, respectively. Note that points without whiskers represent single studies, for which standard deviations could not be estimated (i.e. they do not represent points which the prevalence is known with a high level of confidence). Corresponding figures for goats and cattle, and for sheep, goats and cattle using only studies with n > 9 can be found in the Supplementary Material.