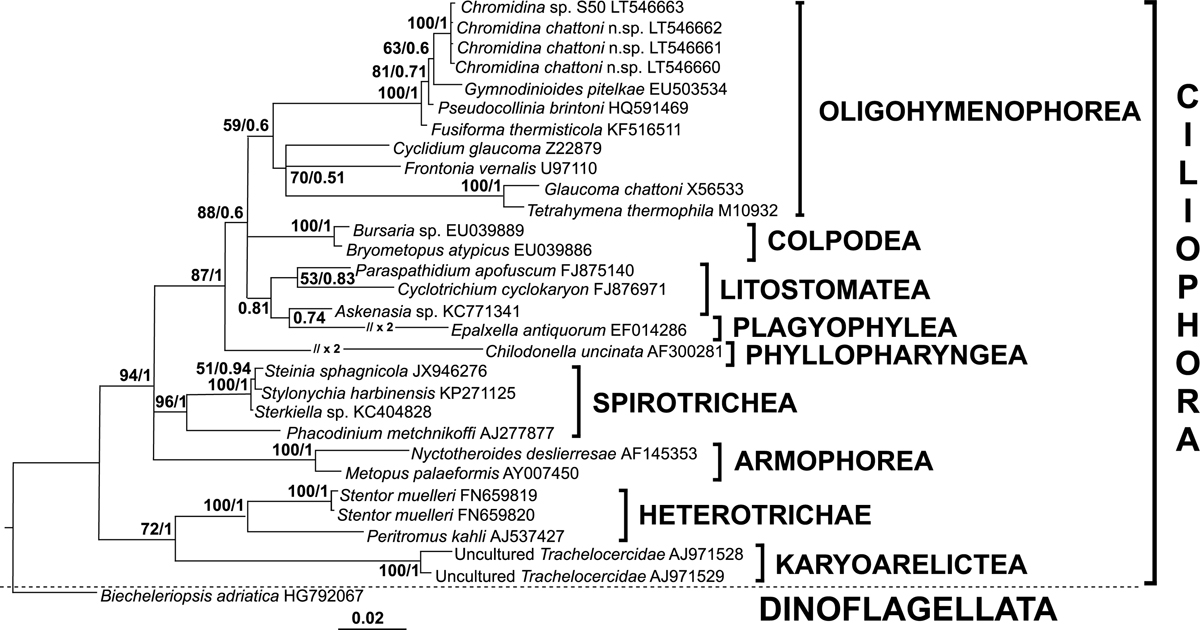 Phylogenetic position of Chromidina spp. within Ciliophora. This phylogenetic tree, rooted on a dinoflagellate rDNA sequence, was inferred from 30 small subunit (SSU) 18S rDNA sequences corresponding to the four Chromidina specimens identified in this study, 25 representatives of the major classes of the phylum Ciliophora, and one Dinoflagellata sequence taken as the outgroup. There were a total of 1,157 positions in the final dataset. Both the Maximum Likelihood (ML) method and Bayesian inferences, based on the general time-reversible +G +I model [28], were conducted and yielded similar topologies; the currently presented topology was obtained by the Bayesian inference. The tree is drawn to scale, with branch lengths measured in number of substitutions per site. Some branches were shortened by multiples of the length of substitutions/site scale bar (Plagyophylea, Phyllopharyngea). Numbers at the branches denote ML bootstrap percentage, from 1,000 resampling (first value) and Bayesian posterior probabilities (second value).