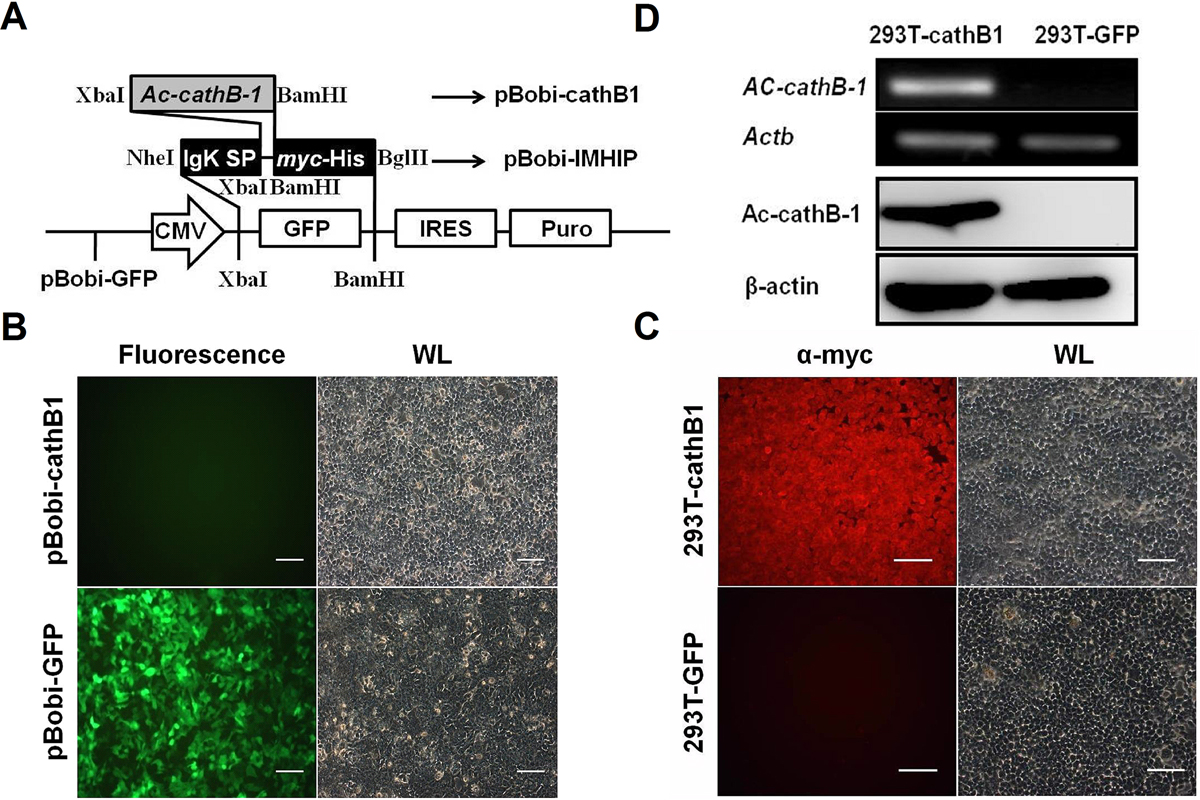 Selection and identification of the stably expressed cell line. (A) Schematic diagram of vector construction. Replacement of the GFP with a sequence containing 5′ IgK SP and 3′ myc-His sequence using an isocaudamer technique resulted in the creation of pBobi-IMHIP vector. Lentiviral vector pBobi-cathB1 was generated by insertion of Ac-cathB-1 coding sequence excluding SP into the pBobi-IMHIP vector by XbaI and BamHI restriction sites. (B) Lentiviral packaging of pBobi-cathB1 and pBobi-GFP. Under the fluorescence microscope, more than 90% of cells in the pBobi-GFP transfected group displayed green fluorescence. (C) Assessment of the establishment of 293T-cathB1. Anti-Myc IF staining was performed in the two cell lines. All cells in 293T-cathB1 showed red fluorescence representing 100% positive, while all cells in 293T-GFP showed no fluorescence under the red fluorescent filter due to the lack of myc-tag expression. (D) Tests for rAc-cathB-1 expression. Total RNA and protein samples were extracted from two groups of cells. Results of RT-PCR (top two panels) and western blot (lower two panels) showed that rAc-cathB-1 was highly expressed in 293T-cathB1 at both mRNA and protein levels. Actb, RT-PCR control and β-actin, loading control for western blot; WL, white light; and bar = 100 μm.