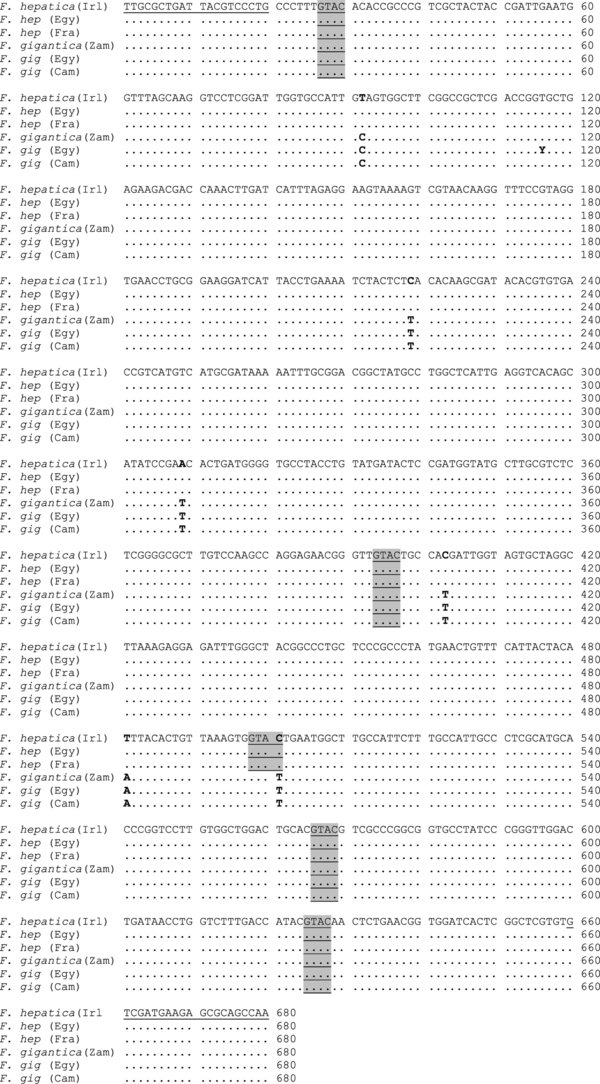 Nucleotide sequence alignment of ITS1 fragments of Fasciola species from Egypt (Egy) and four other countries: Cameroon (Cam), France (Fra), Ireland (Irl), and Zambia (Zam). The restriction sites of RsaI endonuclease are underlined and shaded in gray. The nucleotide differences between the two Fasciola species are denoted in bold. Dots indicate that the nucleotides are identical to those in the upper line. ‘Y’ represents a nucleotide indicating the presence of a double peak, C and T. (Irl), GenBank accession number: AB514850 for Fasciola hepatica from Ireland. (Zam), GenBank accession number: AB514855 for Fasciola gigantica from Zambia. Underline denote to primer position.